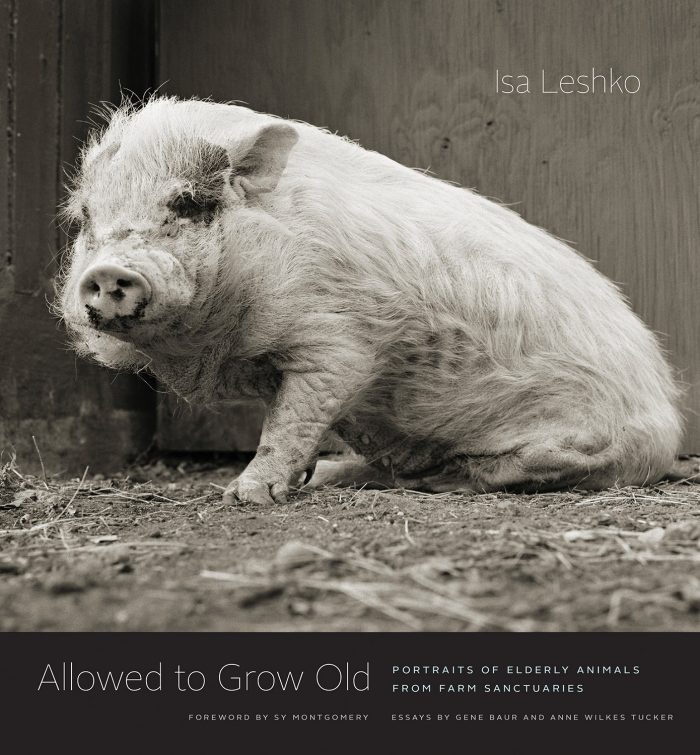 First, a disclaimer. While I wouldn’t call it a sanctuary, my husband and I do take in livestock rescues from time to time, so I have a warm spot in my heart for the creatures so tenderly photographed in Isa Leshko’s Allowed to Grow Old. I know the joys and heartbreak that living with these formerly farmed animals can bring, who often arrive both physically and psychologically damaged, with no words for their trauma. Building trust is the only language there is to help them find the way back to themselves, and in the accompanying text to these portraits, Leshko writes about that process. Lost in grief over her mother’s Alzheimer’s disease, she began to develop relationships with aging pigs, poultry, sheep, and horses at sanctuaries around the country, building trust with individuals so she could, with their consent, photograph their elderly dignity and infirm grace. 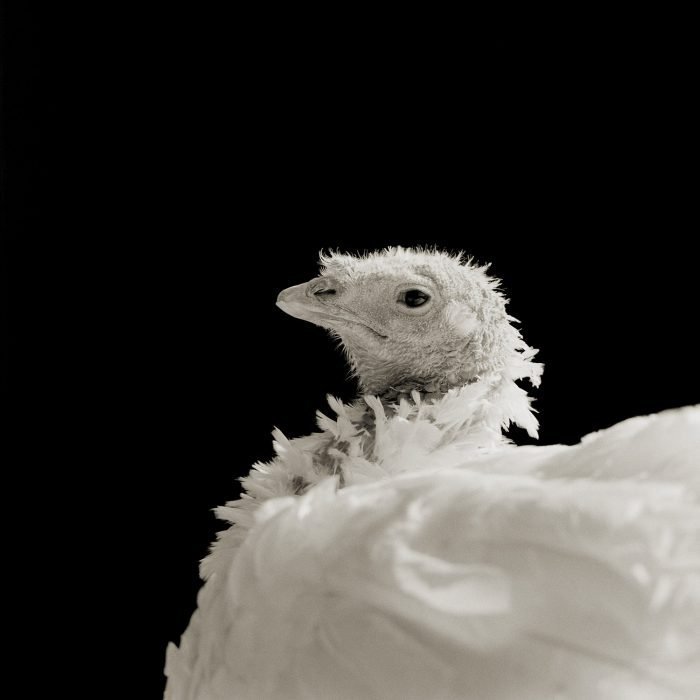 “Elderly” is a relative term for livestock. Meat poultry have been bred to live only a few short weeks. If they are allowed to age much beyond that they develop bone deformities and organ failure. But by and large, the large mammals in this book have persevered with blindness, arthritis, or other geriatric ailments to live on for some years. From Mariclare, a Premarin mare, who was kept in constant, dehydrated pregnancy to produce estrogen for humans, to Isaiah, a Finnsheep who had been kept in a small cage for most of its first year, Leshko’s photos do not elicit pity or sentimentality, but respect. 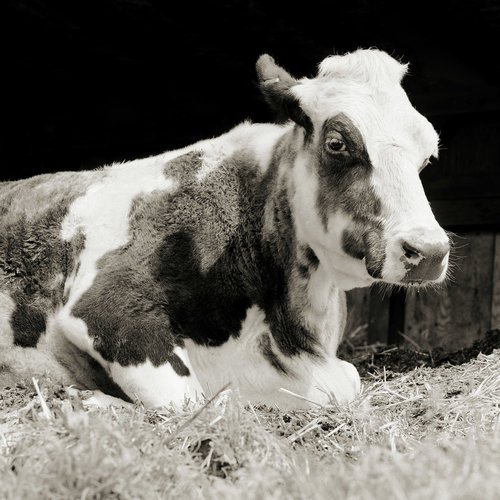 It is a book to educate our minds as well as our hearts, and to that end there is a Suggested Reading section in the back, along with copious Notes, although the number of citations and endnotes was sometimes distracting. I wish some of those notes could have been worked into the text, with citations at the bottom of the page, so I didn’t have to constantly refer to the back of the book. Take the endnote on the history of animal behavioral science. It began the 20th century firmly in the camp that animals had nothing but hard-wired instincts with no thoughts or emotions. Today science takes a long view, and recognizes the universal provenance and purpose of the vertebrate brain. This is hardly an aside. If we are ever to dismantle the factory farming machine, we will need to recognize our common ability to grieve, suffer, and love – emotions that evolved for survival in many species – in order to create the empathy required for change. But even without a word of text, just look into their eyes. Leshko’s photos reveal the inner lives of these fellow creatures, and, as is the case with any good portrait, reflects our own humanity. 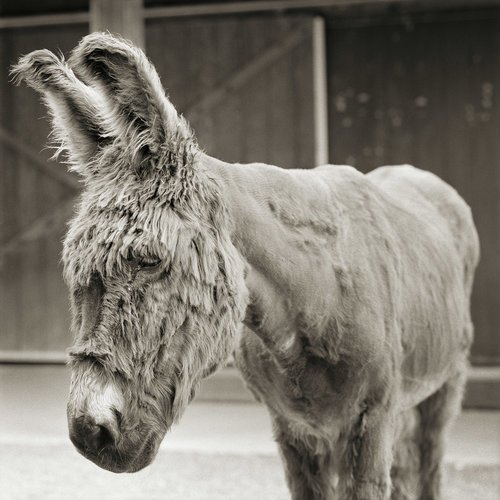