Below is a recent essay just out in Stymie, A Journal of Sport & Literature

Mounted near the hipped roof of the now-demolished Moose Lodge in Gloucester was a raised plaster moose who peered with uncertainty down Pleasant Street, to the cold tide beyond. The building, once a formal three-story Georgian similar to the historical society across the street, similar in turn to the one or two other ship owner’s or captain’s houses remaining on the block, had been porched, fenestrated, and gabled into obscurity long before it was entirely drenched in stucco the color of wet sand. A low stone wall divided and protected the Moose from City Hall next door, whose own interior is thickly inscribed with the names of those whose memorials were first written on water. Many walls, many names. In Gloucester, it’s not the Lord who giveth life and then taketh it away, it’s the sea. 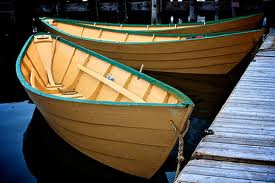