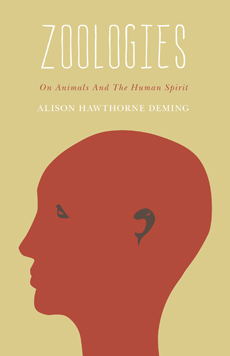 Every day, as I walk from house to barn, or go up the driveway to get the mail, I am closely monitored by the resident crows who glide from oak to oak, loudly discussing my movements amongst themselves. In a cacophony of caws and clacks, I understand the gist of their conversation: Look, look. There she is! Here she comes! Is she carrying food? Are her barking things with her? Look, look. She’s going back to her nest! She’s gone.

Crows are intelligent animals with the leisure time, like humans, to gossip and conjecture, and so I am an endless source of amusement for them. Likewise, they are for me. I even count crows, searching for meaning in their numbers. One for sorrow, two for mirth, Three for a wedding, four for a birth, and so on, an old nursery rhyme I used to read to my children, a nudge for them to pay attention to the natural world. This interaction between humans and non-human animals is the driving force of Zoologies, a collection of essays by poet Alison Hawthorne Deming. Armed with a gorgeous palate of words and images (Of a backyard bobcat: “The sharp indifferent eyes, the ears like cups to fill with sound, the leather cushions of the lobed paws.”) Deming contemplates our relationships with creatures as small as microbes to as large as mammoths. She does not just gaze at her navel for answers, but searches for revelations with the help of scientists, getting to the bare bones of behavior. In “Crow,” she interviews Kevin McGowan of the Cornell Lab of Ornithology about the mourning habits of the black bird with feathers that “shine like obsidian.” She is touched to find out that during the West Nile epidemic, no crow died alone. When one was dying, either its mate or some member of its family would sit by its side to the end. In a similar vein, Deming writes about her brother’s death in “Liberating the Lobster,” and how she incorporated his love of lobsters into a compensating ritual. Humans and crows alike, we connect and we grieve.

We share a great many traits with a wide range of animals, not all so endearing. In “Murray Springs Mammoth,” Deming visits Paul Martin at the Desert Laboratory near Tucson, where they ponder an activity known as “surplus killing,” often seen in hyenas. Martin believes that the extinction of North American megafauna, like mammoths and giant sloths, was brought about by over-hunting by the human arrivistes from the Bering land bridge. Martin points out that killing, like sex and eating, must have some innate pleasure so that humans won’t starve, a joy that makes us kill beyond what is necessary to survival. “The hunters were skilled and took pleasure in their skill,” writes Deming, and so say good-bye to the giant sloth. The buffalo. The passenger pigeon. 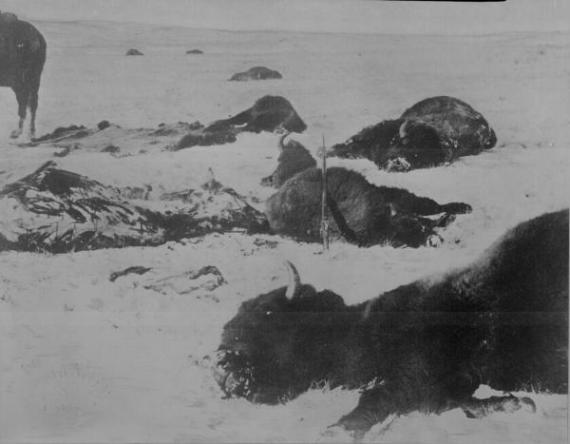 Greed plays no small part in human behavior, and like surplus killing, it can be over ridden by the forebrain. But will it? In “Elephant Watching,” Deming visited Africa and writes about the horrors of poaching which will certainly lead to the extinction of the species. Zoologies often reads as a eulogy to what is being lost on our watch. In “Chimera,” she writes, “For most of human history, the ability to read animals with acuity was a matter of life and death … In modern life its focus has less to do with supper than it does with an intangible sense that our lives are enriched by animal presence and our empathy is educated by their diminishment.” 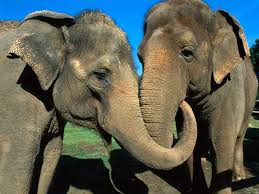 We lose species not just though hunting and greed, but inadvertently by our own cleverness, such as with the invention of plastic, which might very well be the death of our own species. Deming notes that it is possible that nature might evolve microbes—the most basic of animals—to dissolve the immortal building blocks of plastic, but it will be too late for us. “Culture is fast,” she writes, “biology slow.” Unless we start acting from our higher selves with a common purpose, humans might have already had their brief day in the sun, and the crows left high in the oaks, wondering where we all went. 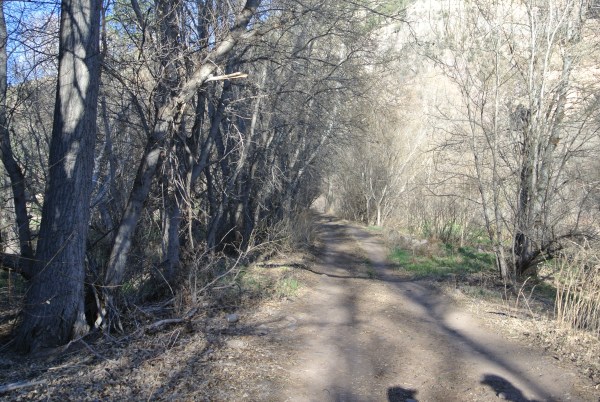